What treatments can you get from us at Plowman & Partners?

0
By plowmanandpartnersbl Posted on March 15, 2021 in Dentist 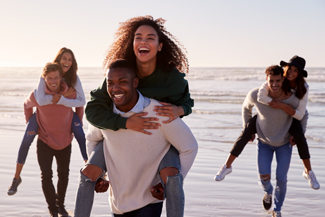 Dental implants are an innovative way of treating tooth loss. Tooth loss is a very serious condition that can affect a broad part of our everyday life, even activities that we take for granted normally. Dental implants are small metal appliances, which are introduced to the bone of the jaw via a surgical operation. Dental implants appear to be similar to a screw, however these are not just normal screws. They are made out of a special metal called titanium, which the body perceives as natural tissue, unlike other metals, which are recognised as foreign materials by the immune system and rejected quickly. This allows dental implants to integrate into the bone and the other surrounding tissues and thus provide a solid point of attachment for the subsequently made artificial teeth. Dental implants essentially work as artificial roots. Dental implants are some of the most long-lasting ways of replacing missing teeth, which explains their increasing popularity. If you would like our dentist in Marylebone to replace your missing teeth with the help of durable, dental implants, then get in touch with us for an appointment today!

Veneers are one of the most widely used treatment types in restorative and cosmetic dentistry. Veneers are essentially small shells which are layered on top of a damaged tooth to increase its functionality and to improve its appearance. These appliances were invented by a Californian dentist in the 20th century’s earlier half, with the aim of improving the smiles of actors. While the acrylic veneers Charles Pincus used were only a temporary solution, due to the weak attachment achieved with denture adhesives, his invention was the foundation for one of the most widely used dental treatments today. The widespread use of veneers was facilitated by the invention of etching in the latter half of the 20th century, which allowed increased bond strengths, thus in theory producing permanent veneers. While modern veneers are not entirely permanent, with good care they can last over 10 years and are relatively inexpensive. In summary, veneers are an excellent way of restoring the functionality of damaged teeth. If you would like to get advice on veneers from our dentist in Marylebone, then we would be pleased to offer you a consultation.

The treatment of orthodontic conditions was mostly done with metal braces until recently. These metal braces are still one of the most important treatment types when it comes to orthodontics, however they are increasingly replaced by alternative methods that have improved comfort and aesthetics. One of these alternatives is Invisalign, which is a brand of invisible aligner as the name suggests. These are plastic trays worn on the dental arches, which help realign misaligned teeth. During the treatment approximately 6-12 aligners are made, which helps the progression of the treatment. Invisalign has a variety of benefits, including the fact that it is practically invisible, and its removability. However, there are certain downsides of Invisalign too. Certain patients with overly small, large or round tooth shapes and patients with more severe orthodontic conditions are unsuitable for this treatment. If you would like our dentist in Marylebone to straighten your smile, then contact us for more information on this popular treatment and others, to gain your ideal result.

How are missing teeth replaced?