What treatments can you get at Plowman & Partners?

0
By plowmanandpartnersbl Posted on March 1, 2021 in Dentist 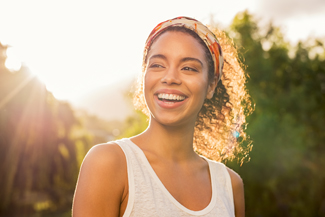 When veneers were invented in the early 20th century by a dentist from California whose name was Charles Pincus, dental veneers were only a very temporary treatment. He used his early veneers to improve the smiles of actors before their performances and film shoots by attaching the veneers to his patients’ teeth using denture adhesive. At this point they only lasted up to a few hours, therefore they were of no use in a clinical practice. However, during the latter half of the 20th century significant advancements were made with veneers. With the discovery of etching, the bond strengths between the material of the veneer and the surface of the recipient’s teeth have become strong enough to hold the veneers in their place, theoretically, permanently. Dental veneers can be used to treat a diverse range of conditions, however their most frequent application is on eroded teeth. With veneers both the function and the aesthetic appearance of the eroded teeth can be restored while also leaving most of the natural tooth. If you would like a dentist in Marylebone to provide you with veneers to enhance your smile, then get in touch with us for a consultation.

Our teeth can get discoloured due to a variety of reasons, but the result is always unpleasant. However, luckily, besides the aesthetic issues of tooth discolouration, this condition is usually not a reason for serious concern about oral health. Certain drinks such as coffee, tea or red wine, which are high in a group of chemicals called tannins, are capable of staining teeth. Other factors include for example certain antibiotics, smoking and even the natural process of ageing as well. There are multiple different types of teeth whitening therapy available. Some of them only involve a single visit for approximately an hour at the dental clinic, where with the aid of a whitening gel and UV-lights your dentist performs the treatment quickly. Other types of teeth whitening treatments involve the manufacture of personalised bleaching trays and multiple teeth whitening treatments at home. If you are interested in a dentist in Marylebone providing you with teeth whitening treatments, then get in touch with us, Plowman & Partners and book an appointment with us today!

Tooth decay is one of the most common dental conditions. It can affect people of any age or sex and it is highly prevalent in Western societies, where the average diet contains large amounts of simple sugars. This can aid the growth of the bacteria that produce the acids that contribute to the formation of cavities. Tooth decay or cavities are most commonly treated by using fillings. There are numerous different types of fillings. Until recently the most commonly used fillings were amalgam fillings, however due to their metallic colour and the potential health concerns associated with small amounts of mercury leaching from them, they are being increasingly replaced by tooth coloured white fillings. These fillings have a significantly improved appearance, as they melt into the background colour of the teeth. They also do not leach any mercury, as they do not contain any. If you want a dentist in Marylebone to provide you with white fillings, then we would be happy to discuss our cosmetic dental services with you.

Low self-esteem due to crooked or stained teeth and wondering if there is a fixable solution?

How are missing teeth replaced?