Do you need veneers from a dentist in Marylebone?

0
By plowmanandpartnersbl Posted on April 20, 2020 in Dentist

What are veneers exactly? 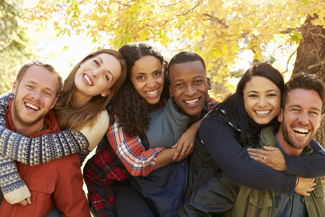 In dentistry, veneers are a type of treatment which consist of a layer of solid material fitted over the tooth. Veneers can have numerous benefits: other than just improving the appearance of one’s smile, they are capable of protecting the surface of an eroded tooth from further damage.

Various types of veneers exist, and the main difference between them is the material they were made from. This determines the average lifespan of the veneer, and other important properties such as the veneer’s durability and damage resistance. If you have considered getting veneers, feel free to book a consultation appointment at our dentist in Marylebone to find out whether veneers are right for you, and to find out which type of veneer would be the most appropriate for your individual circumstances.

The history of veneers

Veneers are a relatively recent advance of dentistry, compared to other treatments. They were invented by a dentist from California in the late 1920s. At this time veneers were not used for a medicinal purpose, but rather an aesthetic one: they were used to alter actors’ smiles temporarily, prior to filming. Later, Charles Pincus, the inventor of veneers, developed a more advanced version: the veneers were made out of acrylic, and were stuck on his patients’ teeth by dental adhesives that were developed around the time. Another major milestone in the development of veneers was the invention of etching in the 1950s by Dr. Michael Buonocore. This allowed the bonding of porcelain veneers directly to the enamel. Further research in the 1980s has revealed that by etching porcelain veneers with hydrofluoric acid, increased bond strengths can be achieved.

It is crucial to know what conditions are veneers a suitable treatment for. These include for example tooth discolouration and staining, tooth deformation due to erosion, tooth malposition, fractures of the enamel due to injury, or loss of the enamel due to erosion. Veneers might be the right option if you have any of the aforementioned conditions. But when are they not recommended? Getting veneers might not be the best option if you have insufficient amounts of your enamel remaining to bind the veneer. If you have large gaps between your teeth (interdental spacing), tooth decay that has progressed significantly, harmful involuntary habits such as bruxism (teeth grinding at night), or moderate or severe orthodontic issues such as crowding, veneers may not be recommended for you. Book a consultation appointment at our dentist in Marylebone to find out whether veneers would be good for you.

What types of veneers exist?

As it has been mentioned before, the lifespan, durability, appearance and damage resistance of veneers depends on the type of the material they are made out of. The two main types of veneers in use today are composite and porcelain veneers. They both have their own advantages and disadvantages, however generally porcelain veneers last longer, and are less prone to discolouration. Composite veneers are less expensive and easier to repair, but are less durable compared to porcelain veneers.

Finding a dentist in Marylebone

Realign your potential through a dentist in Marylebone